The new Secretariat of the SEE Health Network is already a reality: Official Inauguration on 07 March in Skopje, Republic of Macedonia


Allow me to express my gratitude for your contribution to the overall process of sub-regional cooperation in health in South East Europe and in the SEE Health Network that has brought it to this point of the Inauguration of the Seat of the SEEHN Secretariat in Skopje, republic of Macedonia on the 7th of March, 2013.
I commend you for the success of the event. I also sincerely thank the Ambassadors of the  SEEHN Member States who were present at the event , that have given it a high level international profile, thus, making the SEE commitment to further develop SEEHN as a health diplomacy tool a reality.


I, hereby, inform you that Ms. Zsuzsanna Jakab, Director of WHO Regional Office for Europe with her high level delegation , has met the President of the State, the Prime Minister, the Minister of Foreign Affairs, and, of course, the Minister of Health, thus expressing WHO support to the SEEHN, but also acting as the SEEHN Ambassador. We are most grateful to Mrs. Zsuzsana Jakab for this extraordinary and continuous support to the SEEHN and innovative approach to partnerships in health. Further aligning SEEHN sub-regional policy with the European Health 2020 and especially the SEEHN Health 2020 implementing plan, were stressed as a priority for further SEEHN actions both by the SEEHN Member States at the event and by the SEEHN Executive Committee at their meeting.
We are grateful that at those high level meetings of WHO RD with country leadership, an understanding and support has been expressed to the SEEHN and its Secretariat' further strengthening.


We express our appreciation for the host country efforts, and especially Minister of Health, Mr. Todorov for investing in the SEEHN (Secretariat) and organizing such an successful event.


I would also wish to thank our people at the Secretariat: Mr. Jovica Andovski, Deputy Minister of Health (Acting Head of the Secretariat) and Mrs. Sanja Sazdovska and Aleksandar Kacarski, the MoH MKD seconded persons for their extraordinary efforts and huge work done in organizing this huge event. They were brilliant.


The Secretariat will now proceed with its regular activities, which are quite of a number and a scope, as discussed at the Executive Committee meeting on the 7th March (back to back with the round table), but with your support, I have no doubt of the results that we will achieve.


We have got a clear message by our ExeCom to focus on :

As for the immediate action, the Secretariat will come up with full scale report on the event next week, based on which we will organize further activities.


The photo album will be shared with you shortly. For now, please find enclosed the press clipping to inform you of the excellent and very positive media coverage of the event, despite of ongoing process of local elections in the country.


With my best regards, Snezhana" 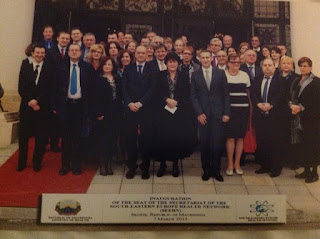 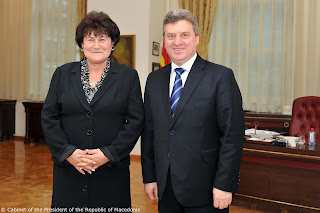 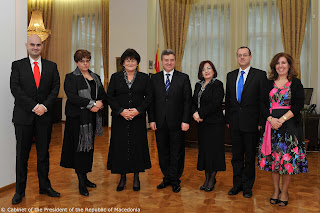 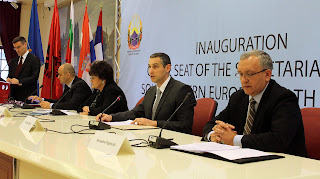 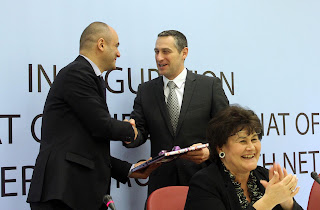 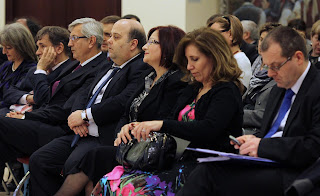 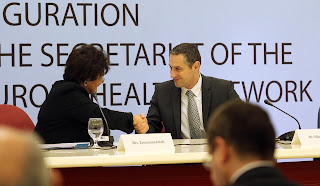 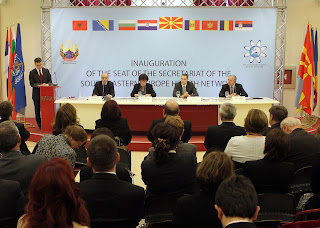 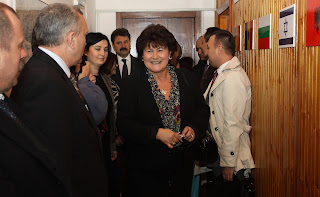 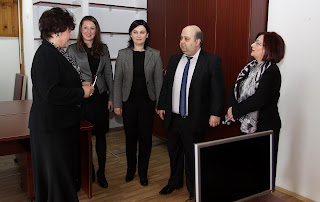 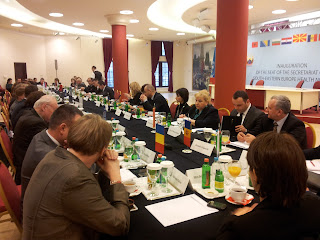 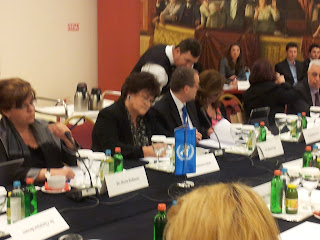 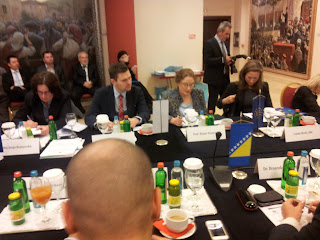 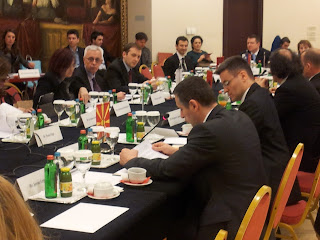 See the video clip of the Macedonian Information Agency at:
http://www.makedonija24.mk/play/sediste-vo-skopje-na-zdravstvenata-mreza-na-zemjite-od-jie)﻿
Posted by Unknown at 11:43 AM

SEEHN Presidency is held by the Republic of Moldova (Jan-Jun 2013).

The 3rd SEE Ministers of Health Forum "Health in All Policies in the SEE: A Shared Goal and Responsibility" took place in Banja Luka, BiH, on 13-14 October 2011.